Today, I have Ruth Whitfield in my heart. On Saturday, Ruth went to the grocery store after visiting her husband in a nursing home and was shot and killed on Saturday at the Tops grocery store in Buffalo, New York. Ruth was 86 years old, lived her whole life as a Black child, girl and then woman: living through Jim Crow, the civil rights movement, and a story about racial justice that we’ve been led to believe is improving over time. The fact is, it’s not. It’s just shapeshifting.

Ruth was one of 10 victims who were killed at the hands of a white nationalist whose manifesto announced that “green nationalism” was the “only true nationalism.” This wave of racial violence has deep eco-fascist ideologies that continues to promote dangerous ideas that Black People, Indigenous people, Asian people, Brown People, basically any people who aren’t white, are unnatural and that the climate crisis and ecological collapse that we’re living through is driven by us.

To put it bluntly, there are people out here who believe that killing Black, Asian, Latine people and other peoples of color are climate solutions. It’s absolutely horrific.

And if I’m being honest, the historical whiteness and racism of the environmental and climate movements are at fault. In late 2020, we hosted a webinar about white nationalism, eco-fascism, and the climate crisis with Spencer Sunshine, a writer and academic whose work focuses on the intersection of white nationalism and environmentalism. Please make a point of watching this powerful conversation this week to learn how we can fight eco-fascism and keep our people safe because killing Black people is not a climate solution. 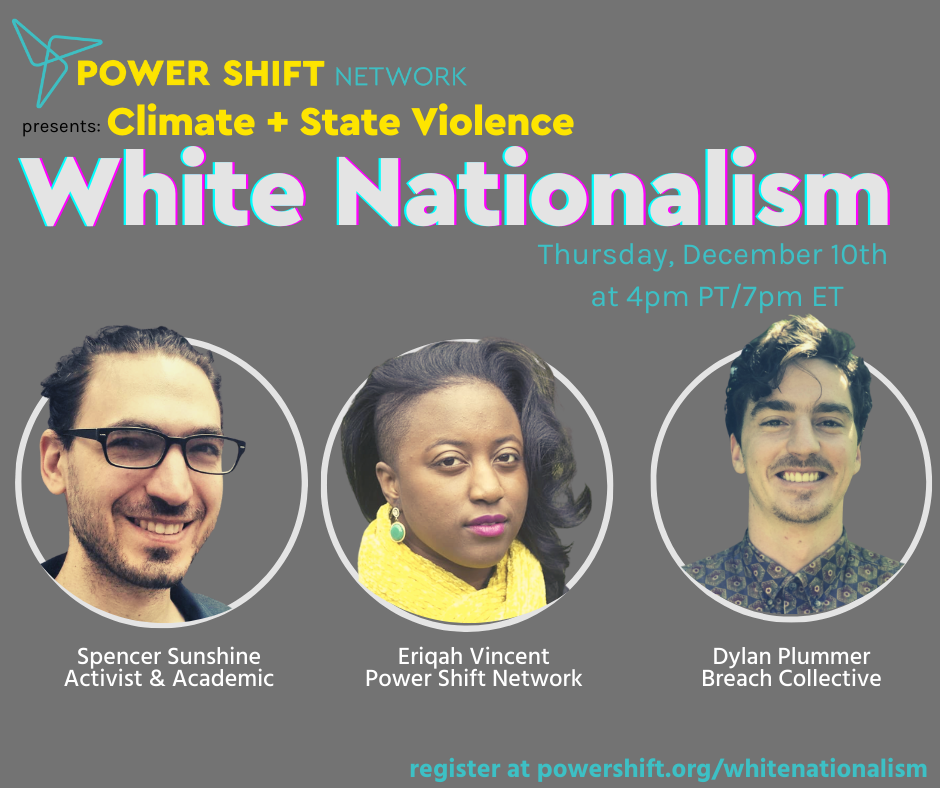 PS: We put a pause to our fundraising campaign to get this messaging out. Powerfully leading on work at the intersection of racial justice and the climate crisis is what we do. Consider making a donation to help us continue this work.