We rise to protect you

So all of our children know your name"

More than a thousand hopeful and sincere voices rose in song over the shores of the lake known to the Anishinaabe as Gichi-gami (and to many of us Lake Superior) last Saturday, September 28. Some of the people gathered had been fighting the Line 3 tar sands pipeline since it gained prominence in early 2017; some people had been fighting extraction and colonization for decades; some people had just attended their first climate action at the youth-led climate strikes the week before and answered the call to show up next in Duluth, MN.

The Gichi-gami Gathering to Stop Line 3 capped off the week of action following the Global Climate Strikes with a family-friendly rally, march, and festival to celebrate the beautiful community of resistance that is stopping the Line 3 tar sands oil pipeline.

Line 3 is one of Enbridge Energy’s biggest projects, and one of only three major tar sands oil pipeline proposals on the continent (the other two being Keystone XL and TransMountain). It has become not only one of the most visible and controversial local climate fights in Minnesota, but gained the national spotlight as presidential candidates have come out against it. 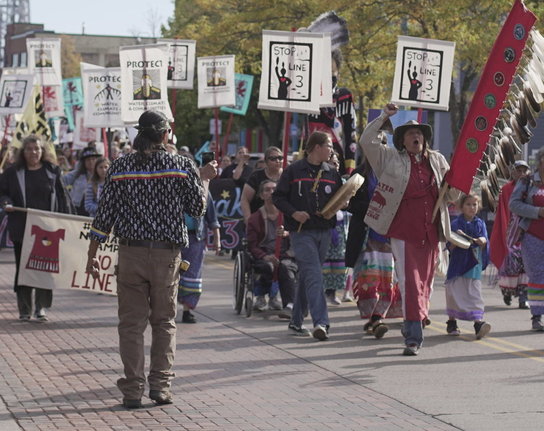 Stopping new fossil fuel projects was one of the key demands of the Global Climate Strikes, and stopping Line 3 was central to the Saint Paul Climate Strike, which drew over 7,000 people to the Minnesota State Capitol. Izzy Laderman, a 16-year-old organizer of the Duluth Climate Strike, spoke at the Gichi-gami Gathering rally.

Many Power Shift Network members are involved in stopping new fossil fuel infrastructure all across the continent, and more than ten Network members are directly involved in stopping Line 3: MN350 staff and volunteers helped bottomline the Gichi-gami Gathering, and the Wisconsin Youth Network helped bring the Tar Sands Storytelling Project art display to the Gathering. Rainforest Action Network and Oil Change International have helped elevate the fight to the national stage, and brought resources to the groups on the frontlines in Minnesota.

And we’re gaining ground - 2019 has been full of setbacks for Enbridge. In June, the Court of Appeals overturned the approval of the environmental review for Line 3, because there had been no analysis of the impacts an oil spill could have on the Lake Superior watershed. And the afternoon before the Gichi-gami Gathering, the Minnesota Pollution Control Agency issued an initial denial for the pipeline’s water crossing permits, saying they didn’t have enough information and citing the incomplete environmental review.

So the atmosphere on Saturday was festive in light of this recent victory - there was drumming, face painting and giant bubbles for the kids, screen-printing and a chalk mural, and tables with information about local groups resisting Line 3, human trafficking, copper mining, and other extractive and exploitative threats to northern Minnesota’s communities.

Duluth and Superior are the furthest inland port on the continent, and the industrial lakefront has a dark history of being a hot spot for sex trafficking linked to the cargo ships. Indigenous women in particular are significantly more likely to be targeted for trafficking, and the influx of out-of-town workers to rural communities along pipeline construction routes has been repeatedly linked with an increase in trafficking. Fond du Lac band member Sheila Lamb, who works with trafficked and at-risk youth in the Duluth area, helped organize the Gichi-gami Gathering to Stop Line 3 and emceed the rally. 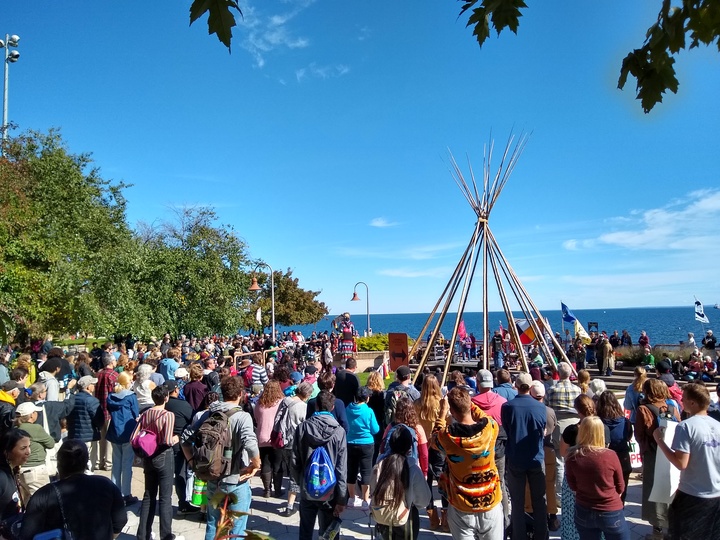 The Gichi-gami Gathering sent a powerful message that the people of Minnesota and impacted communities will not let this pipeline be constructed. Enbridge is also facing two more court challenges over its main permits, and will now need to reapply for the Pollution Control Agency water crossing permits. But Enbridge isn’t backing off: despite the procedural setbacks, the company is proceeding with destructive “pre-construction” activities like building access roads, bringing in pipe, and building power lines for their pumping stations. Direct actions to halt these construction activities are escalating in northern Minnesota, yet the state’s Democrat Governor has refused to take a stance on the pipeline - or even meet with pipeline opponents.

With the eyes of all of Minnesota, the Great Lakes region, and even presidential candidates on Line 3, it’s time for Minnesota’s Governor to join the call to #StopLine3. You can help by following Stop Line 3, the Ginew Collective, Gitchigumi Scouts, and Power Shift Network on Facebook, and calling Minnesota’s Governor at 651-201-3400 to tell him you expect his administration to stop this dangerous pipeline from threatening the homelands of the Anishinaabe people, and the water and climate we all rely on. 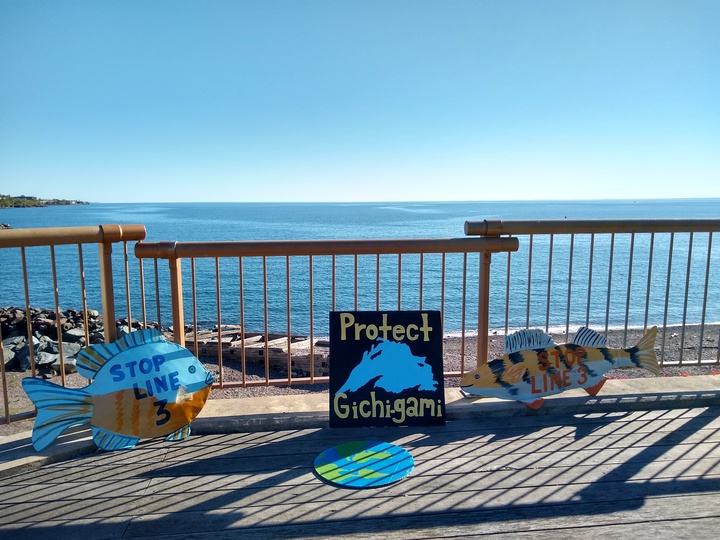